Dear Editor,
A recent paper (Casseb et al., 2016) published in the journal Genetics and Molecular Research described the interesting concept that dengue virus (DENV)-4 infection, in the human cell line A-549, leads to the downregulation of expression of key components of microRNA (miRNA) biogenesis, such as Drosha, Dicer, and DGCR8. For this, the authors performed a time course infection of A-549 cells for 5 days. The highest viral load was observed at 3 days post-infection, which corresponded with the maximum downregulation of expression of Drosha, Dicer, and DGCR8, assayed by quantitative PCR (RT-qPCR). These results supported the recent notion of a complex interaction between DENV and the host miRNA machinery and of the host miRNA response to this particular infection. Extensive evidence has shown that DENV can take advantage of host miRNAs for its own replication (Zhu et al., 2014) and that host miRNAs can inhibit DENV replication (Wu et al., 2013).

Association between TNF-α rs1800629 polymorphism and the risk of myocardial infarction: A meta-analysis

The trans-translation pathway, mediated by the transfer messenger RNA (tmRNA; encoded by the ssrA gene) and the SmpB protein (tmRNA-binding protein expressed in Salmonella enterica), which is conserved in bacteria, is required for various cellular processes. A previous study has shown that trans-translation is required to ensure timely (non-delayed) dnaA transcription and consequent initiation of DNA replication in Caulobacter crescentus. In this study, we observed that initiation of chromosome replication was delayed in Escherichia coli lacking the smpB and/or ssrA genes (DssrA, DsmpB, or DsmpBDssrA mutants). We observed that the growth rate of the mutant cells was much slower than that of its wild-type counterpart. However, the delayed initiation of replication and slower growth in the DssrA or DsmpB mutants were reversed by ectopic expression of tmRNA or SmpB. A synchronized DsmpBDssrA cell culture containing the dnaC2 mutant allele showed delayed protein (total and DnaA) accumulation per cell; DnaA accumulation was also delayed in the DsmpB. These results indicated that absence of trans-translation leads to a delay in initiation of DNA replication, synthesis of total protein (including DnaA), and a decrease in E. coli growth rate. In summary, we propose that the trans-translation pathway is required to ensure timely initiation of replication, protein synthesis, and subsequent cell cycle progression.

Computer simulations are an important tool for developing conservation strategies for forest species. This study used simulations to investigate the genetic, ecological, and reproductive patterns that contribute to the genetic structure of the tree Luehea divaricata Mart. & Zucc. in five forest fragments in the Brazilian Pampa biome. Using the EASYPOP model, we determined the selfing and migration rates that would match the corresponding genetic structure of microsatellite marker data (based on observed and expected heterozygosity parameters). The simulated reproductive mode was mixed, with a high rate of outcrossing (rate = 0.7). This was consistent with a selfing-incompatible system in this species, which reduced, but did not prevent, selfing. The simulated migration rate was 0.02, which implied that the forest fragments were isolated by distance, and that the inbreeding coefficients were high. Based on Nei’s gene diversity analysis, 94% of the genetic variability was distributed within the forest fragments, and only 6% of the genetic diversity was caused by differences between them. Furthermore, the minimum viable population and minimum viable area genetic conservation parameters (which determine conservation potential in the short and long term) suggested that only the Inhatinhum forest fragment had the short-term potential to maintain its genetic diversity. However, in the long term, none of the forest fragments proved to be sustainable, indicating that the populations will require intervention to prevent a decline in genetic variability. The creation of ecological corridors could be a useful solution to connect forest fragments and enhance gene flow between them.

Ubiquitin protein ligase E3C (UBE3C) is involved in the ubiquitin-proteasome pathway, and several ubiquitin protein ligases are important for fat deposition and lipid metabolism. The objective of this study was to analyze the association between a single nucleotide polymorphism (SNP) of the UBE3C gene with intramuscular fat (IMF) content and fatty acid (FA) composition in Duroc pigs. Four SNP markers (g.1586399A>G, g.1591358G>A, g.1600132G>C, and g.1600166G>A) of porcine UBE3C were genotyped using the polymerase chain reaction-restriction fragment length polymorphism method, and their associations with IMF content and FA composition were investigated in a commercial Duroc pig population. Two SNP markers (g.1586399A>G and g.1591358G>A) were segregated among the pigs. No UBE3C polymorphisms at g.1600132G>C or g.1600166G>A were observed. The UBE3C g.1586399A>G SNP was significantly associated with IMF content, while the UBE3C g.1591358G>A SNP was associated with palmitic, stearic, eicosenoic, and eicosadienoic acid levels, and saturated FA levels. These results suggest that polymorphisms in porcine UBE3C are correlated with IMF content and FA composition, and confirm the importance of porcine UBE3C as a candidate gene for fat deposition in pigs.

The relationship between the p38-mitogen-activated protein kinase (p38-MAPK) signal pathway and high glucose-induced hepatic stellate cell (HSC) activation was investigated in this study. Sixty human HSC samples were randomly selected and used in the control (cultured normally), high-glucose (cultured in the presence of high glucose), and blocking (cultured under high-glucose conditions in the presence of the p38-MAPK inhibitor, SB203580) groups. The cells were incubated for 120 h and subsequently analyzed for morphological changes by inverted microscopy and for a-smooth muscle actin (a-SMA) expression (to determine the degree of HSC activation) by the method of streptavidin-biotin complex and western blot. Phospho-p38-MAPK protein expression was analyzed by western blotting. a-SMA and phospho-p38-MAPK expression was significantly upregulated in HSCs cultured under high-glucose conditions, compared to the HSCs cultured normally (P

Abnormal expression of the kallikrein (KLK) family of serine proteases closely correlates with onset, progression, and prognosis of endocrine gland-related malignant tumors. The aim of this study was to evaluate how downregulation of KLK12 influenced cell cycle and proliferation of the AGS gastric cancer cell line. KLK12 was detected by western blot in GES-1 normal gastric epithelial and AGS cells. AGS cells were transfected with KLK12 siRNA, a negative control siRNA, or subjected to a mock transfection, following which, we assessed mRNA and protein levels, cell proliferation, cell migration, and cell cycle progression. We found that KLK12 levels were significantly higher in AGS cells than in GES-1 cells. Transfection of AGS cells with KLK12 siRNA led to downregulation of KLK12 mRNA and protein expression, reduced cell proliferation (0.47 ± 0.03 vs 0.92 ± 0.04, P 5 vs 5.47 ± 0.50 x 105, P KLK12 siRNA increased the number of AGS cells in G0/G1 and reduced those in S phase. Furthermore, downregulation of KLK12 in AGS cells decreased their ability to penetrate the membrane in a migration assay (P KLK12 siRNA inhibited the proliferation and migration of AGS gastric cancer cells and caused their arrest in the G0/G1 phase of the cell cycle.

DNA barcoding reveals high levels of genetic diversity in the fishes of the Itapecuru Basin in Maranhão, Brazil

DNA barcoding is a useful complementary tool for use in traditional taxonomic studies due to its ability to detect cryptic species, and may be particularly efficient in the identification of fish species. The fish fauna of the Itapecuru River represents an important fishery resource in the Brazilian State of Maranhão, although it is currently suffering increasing degradation as a result of anthropogenic impacts. Therefore, DNA barcoding was used in the present study to identify fish species and establish a database of the rich freshwater fish fauna of Maranhão. A total of 440 specimens were analyzed, corresponding to 64 species belonging to 59 genera, 31 families, and 10 orders. Overall, 92.19% of these species could be identified by DNA barcoding, and were characterized by low levels (average 0.80%) of intra-specific divergence. However, five species (Anableps anableps, Gymnotus carapo, Sciades couma, Pseudauchenipterus nodosus, and Leporinus piau) presented values of mean genetic divergence above 3%, indicating the existence of cryptic diversity in these fishes. The DNA barcoding approach permitted the analysis of a large number of specimens and facilitated the discrimination and identification of closely related fish species in the Itapecuru Basin.

To assess the genetic diversity, structure, and population dynamics of Schizopygopsis pylzovi, we examined the changes in mitochondrial DNA sequences (the mtDNA control region and the Cyt b gene; 1835 bp) in 304 individuals from nine populations. The samples were segregated into 112 haplotypes, with high haplotype diversity and low nucleotide diversity. The haplotype diversity was highest in the Minhe (HS) range of Huangshui River and lowest in the Weiyuan (WY) range of Weihe River. Analysis of molecular variance showed that 69.64% of the total genetic variance was contributed by within-the-group variation and 30.36% was contributed by among-the-group variation. Pairwise FST revealed significant divergence between the populations. The FST between the MT and WY was highest, and that between the YZ and YJ was lowest. The neighbor-joining phylogenetic tree demonstrated that all geographic populations were not monophyletic, but overlapped each other, indicating that the duration of geographical isolation was not long enough or the populations had not yet reached significant genetic isolation or differentiation at the monophyletic level. Tajima’s D and Fu’s Fs were negative and statistically significant, indicating that S. pylzovi had experienced certain population expansion events, which is consistent with the hypothesis that the headwater area of the Yellow River was dramatically affected by the geological and climatic upheaval during the Quaternary ice age. Our analysis indicated that the management units corresponding to the WY population should be managed and conserved first. In situ conservation is first recommended to protect the original habitat from further destruction.

Imidazole derivative KK-42 is a well-known regulator of insect growth. KK-42 pretreatment has been shown to promote the survival of Macrobrachium nipponense infected with Aeromonas hydrophila, possibly via activation of superoxide dismutase (SOD). In this study, the cytMnSOD gene was cloned from the hepatopancreas of M. nipponense using the rapid amplification of cDNA ends technique. The full-length cDNA of cytMnSOD was 1233 bp long, and the open reading frame was 858 bp long, encoding a 286-aa protein with a 60-aa leader sequence. The calculated molecular mass of the translated cytMnSOD protein was 31.33 kDa, with an estimated isoelectric point of 5.62. cytMnSOD contained two N-glycosylation sites, four conserved amino acids responsible for binding manganese, and a manganese SOD domain (DVWEHAYY). Real-time RT-PCR analysis showed that cytMnSOD was expressed in all tissues examined with the highest expression observed in the hepatopancreas. Levels of the cytMnSOD transcript in the hepatopancreas were highest in stage C of the molting cycle. Real-time PCR analysis revealed that cytMnSOD expression increased significantly 3, 6, and 12 h after KK-42 treatment, with simultaneous increases in SOD activity from 6 to 12 h. Our results demonstrate that cytMnSOD expression and SOD activity may be induced by KK-42, which may represent one of the molecular mechanisms through which KK-42 promotes increased survival of prawns infected with A. hydrophila.

The control region is considered to be one of the most variable parts of animal mitochondrial DNA (mtDNA). We compared the mtDNA control region from 37 species representing 14 genera and 4 subfamilies of Ranidae, to analyze the evolution of the control region and to determine their phylogenetic relationship. All the Ranidae species had a single control region, except four species that had two repeat regions. The control region spanned the region between the Cyt b and tRNAleu genes in most of the Ranidae species. The length of the control region sequences ranged from 1186 bp (Limnonectes bannaensis) to 6746 bp (Rana kunyuensis). The average genetic distances among the species varied from 1.94% (between R. chosenica and R. plancyi) to 113.25% (between Amolops ricketti and Euphlyctis hexadactylus). The alignment of three conserved sequence blocks was identified. However, conserved sequence boxes F to A were not found in Ranidae. A maximum likelihood method was used to reconstruct the phylogenetic relationship based on a general time reversible + gamma distribution model. The amount of A+T was higher than G+C across the whole control region. The phylogenetic tree grouped members of the respective subfamilies into separate clades, with the exception of Raninae. Our analysis supported that some genera, including Rana and Amolops, may be polyphyletic. Control region sequence is an effective molecular mark for Ranidae phylogenetic inference. 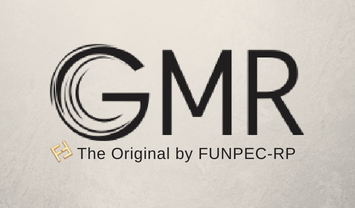